Hotel Operator Checks into IT as a Service

Sunburst Hospitality wanted to modernise its entire IT infrastructure to meet growing business needs after learning that the hotel where its data centre was located would be sold.

Although the need for change might build up over years, the trigger to act can come out of nowhere. That’s what happened when Sunburst Hospitality Vice President of Information Systems Mark Elbaum learned that his company was selling one of the many hotels it operates in the United States. “Coincidentally our data centre was in the property’s basement”, he recalls. “I knew then that it was time to rethink how we address our IT needs”.

Founded in 1993, Sunburst Hospitality has a portfolio of 10 hotels, operating under such brand names as Best Western, Comfort Inn and others. Elbaum joined the company at its founding, with a fresh set of eyes and newly acquired hospitality and hotel management skills. “At the time, I was the only one who knew computers, so I got tagged with IT, which grew over time from just desktop PCs to fully networked operations”, he says. 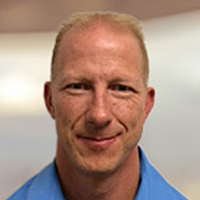 "I can focus on growing our business, while NTT DATA runs our data centre and IT operations in the cloud. In effect, they are my staff".

Elbaum’s IT responsibilities today extend from the company’s headquarters in Silver Springs, Maryland, to each hotel, including wireless coverage and telephone systems. Without any staff, he’s called when technology issues arise. He’s also the liaison between the different hotel brands, and oversees all its real estate, reservations and time/attendance systems, and its financial and budgeting systems.

When Elbaum first heard about the upcoming sale of the hotel where the company’s data centre resided, he had just six months to relocate its operations to the corporate office or migrate to an alternative – all without any service disruptions at corporate or its hotels. “Servers were old, many needing replacement, costing time and money to buy, install and configure”, he says. “Also, our headquarters is prone to power outages, sometimes for a day or more, due to Northeastern storms”.

Elbaum decided that a cloud-based, IT as-a-service (ITaaS) approach would be a viable, much more cost-effective and time-saving alternative to relocating the data centre. With no time to issue an RFP, Elbaum evaluated two vendor offerings, choosing the Cloud On Demand service from NTT DATA. With its consultative approach and ability to broker services from a rich ecosystem of cloud partners, NTT DATA matched Sunburst’s specific workloads with the most appropriate cloud solution.

The solution is a partnership between NTT DATA and ScaleMatrix, which provides advanced cloud services using revolutionary data centre designs for top performance. Unlike many traditional public cloud providers, which often oversubscribe their resources, the Cloud On Demand service can match customers like Sunburst to the right partner for cloud compute and storage – delivering the predictability, control and performance customers need.

ScaleMatrix Co-Founder Chris Orlando finds Elbaum’s situation increasingly common: “With Mark’s vast responsibilities, moving and upgrading his data centre would have taken him from other priorities. That’s why more and more people engage NTT DATA and ScaleMatrix to reduce IT overhead, while multiplying their capabilities via the cloud”.

According to Elbaum, moving the company’s key virtualised applications – Exchange, Active Directory, Citrix and 12 others – to the cloud went smoothly over five weekends. “First we tried moving our VMs over the Internet, but it was taking too long and risked lost connections, so we put them on USB drives we overnighted to ScaleMatrix on Friday”, he says. “By Monday morning, we’d be up and running without a hitch”.

Elbaum believes that his cloud approach saved the large capital costs that a data centre relocation would have required. “By moving our data centre to the cloud, we avoided capital costs using the Cloud On Demand solution”, he says. He adds that his company is also saving operating expenses. “Compared to what our operating expenses would have been had we kept the data centre, they’re now several hundred dollars a month less with the Cloud On Demand service”, he says. To manage his cloud-based ITaaS solution, Elbaum logs into a ScaleMatrix web portal that is accessible from just about anywhere, even his smartphone. “I manage it just like always”, he says. “I can see all my VMs, how they’re connected and set up, and whether they’re on or not, and I can remotely connect to them. If problems arise, I go to the portal. Other than that, you’d never know my servers were elsewhere”.

Elbaum says his ITaaS solution provides faster performance and more uptime than his former data centre, which had just a 10MB connection and was prone to outages. His services also include all maintenance, patches and upgrades, saving him time to focus on other responsibilities. “As I’m now ready for the future, I can focus on growing our business, while NTT DATA runs our data centre and IT operations in the cloud”, he says. “In effect, they are my staff”.*

*This case study was originally written by Dell Services, which has become NTT DATA Services as of November 2016.