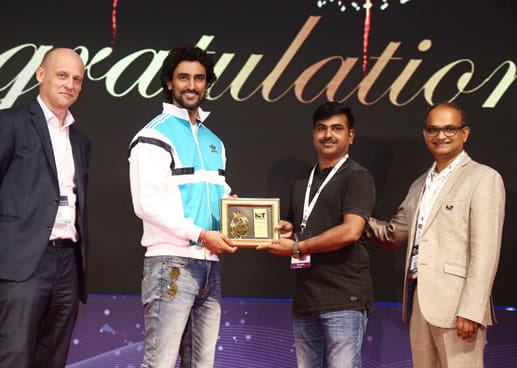 A pioneer of “connective” technologies, Syam Madanapalli leads IoT Delivery in NTT DATA India and was recently recognized for his contributions and impact on IoT technology and its surrounding ecosystem. Syam won the 2018 IoT Thought Leadership Award at the IoT India Congress sponsored by The Institution of Engineering and Technology. In this interview, Syam tells us what’s behind his passion for IoT and why he thinks it’s the ultimate solution for many problems.

Q. What sparked your interest in this space?

I have always loved solving problems. I also have a deep interest in communications, be it human or network communications, and often wondered how our understanding here can help solve problems. Once we connect everything, which is very much possible now, what do we do with those connections? How can we use that understanding to solve problems? I believe IoT has some answers. From helping us be more productive to improving the efficiency of systems, and advancing civilization, eventually making the world a low-entropy social system, I believe IoT can help us evolve towards a state of cooperation and compassion!

Q. What does the 2018 IoT Thought Leadership Award mean to you?

I’m honored to be recognized by the Institute of Engineering and Technology (IET). The award inspires me to continue doing what I am doing while confirming my work is useful to the industry and society. It is also a great responsibility, and one that I am honored to take up.

Q. What role have you played in helping the Government of India (Gol) roll out an IoT Policy?

After leading a team in early 2000 at Samsung that received the first TCP/IPv6 Ready Logo Certification in 2003, members of India’s Department of Information Technology (DIT) now called MeitY, invited me to participate on the board of a team rolling out IPv6 in India. During that time, we discussed a “killer application” for IPv6 that would be able to connect everything on earth. This was initially christened Network of Things, now it known as the Internet of Things.

The GoI was keen to play a role in adopting the Internet and developing corresponding technologies. But up to that time, technology rollout in India had tended to be tardy. For example we got 2G, 3G and 4G much later than the rest of the world.

Given IoT’s potential to gather very specific personal data, I was convinced that we needed our own protocols to manage data privacy while architecting this technology. I urged the DIT to create standards and produce IoT technology in India, and in 2014 the GoI took action. We introduced a policy to create IoT Centers of Excellence to develop the IoT ecosystem. My presentations regarding this effort can be found here.

Today, my relationship with the GoI continues. We are now working on developing a National IoT Security Policy for India along with the IoT Forum, India.

Q. What else are you are working on these days?

I am currently very focused on the concept of Roof Computing. Roof Computing for IoT (IEEE P193.1) is modeled after human evolution and Roof is both a metaphor and an acronym that stands for Realtime Onsite Operations Facilitation. Just like humans use roofs to protect themselves from nature, wild animals and miscreants, the Roof protects the IoT from hackers and malefactors.

I am also doing some research around Entropy and Quantum Mechanics in relation to IoT.

Q. What role do you see IoT playing to help companies?

IoT is no longer optional for organizations. I often describe IoT as the sensory system of companies, governments and citizens. Without IoT, an entity is like a human without a sensory system.

Looking beyond improving the bottom line, IoT can help democratize knowledge and lead to better applications with decision-making capabilities that, in turn, creates healthy competition and a pull-economy.

IoT adoption and standards also has the power to create more convenience, safety and security for citizens, which is why I am particularly interested in working with government organizations such as the DIT.

Q. You are also teaching a course on IoT. Have you learned anything from your students?

According to the Feynman Technique, if you want to truly learn a subject, you must be able to teach it to children. Teaching children requires a deep internalization and understanding of the subject. Every time I take a class, I discover gaps in my own knowledge and must find newer ways to explain concepts, so the children can truly understand them. To be a good teacher, one needs both internal clarity and external accuracy. Teaching IoT to children has helped me understand the subject in many ways.

I also emphasize that IoT is not a technology, but a method for solving problems, advancing the civilization and making the world a better place to live in.

Q. What advice do you have for organizations just embarking on their IoT journey?

I encourage companies to focus on the business problem first and then apply the right technology to solve it. IoT can solve most problems, in fact, it is the ultimate solution. But first, organizations need to identify their specific pain points and areas of improvements.

If an organization needs outside help they should identify a partner with end-to-end knowledge of building IoT networks, platforms and security. Very few technology service providers understand the full potential of IoT, including device, network and platform. So it’s important that companies spend time selecting the right partner. Companies should also have a mechanism to measure outcomes, adjust their problem scope and keep making improvements overtime.

Lastly, IoT is for everybody and everything, so remember to make your IoT solution an open, cross-functional platform to enable continuous innovation.

Q. Where do you see IoT adoption headed in the next five years?

Everywhere. Because IoT is not a technology nor a process, it is a way of doing business. IoT will move the industry from today’s emphasis on data analytics to actions, from centralized computing to decentralized and distributed computing, from selling products to servicing these products, all the while democratizing knowledge. I also see faster adoption in industrial, healthcare and governments. In fact, government spending on IoT will exceed that of other industries. 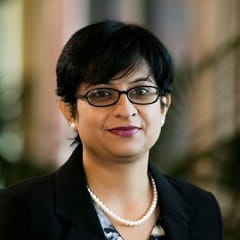 A Marketing Specialist for NTT DATA Services, Meera Guthi has more than two decades of professional experience, primarily in the field of writing and editing. Her expertise and experience includes crafting thought leadership content, blog articles, video scripts and other sales and marketing-related content. She also writes short stories and has published books and stories for children.