If you’re wondering whether your favorite team will play in the big football game on February 13, here’s something else you may have wondered while watching an NFL game — What are AWS Next Gen Stats?

Several times throughout each televised game, the announcer will mention that the information he has just shared has been “brought to you by AWS Next Gen Stats.” You’ve probably heard it and may not have given it another thought. Well, here’s why you should.

AWS Next Gen Stats was introduced to football fans in 2018 and the technology continues to amaze those who have digested the incredible, real-time information that is being enjoyed by announcers and viewers…and NFL coaches.

How it’s done — the simple version

Each skilled position player (quarterbacks, running backs, wide receivers and tight ends) has an RFID tag attached to their shoulder pads. The tags transfer data with RFID receivers located throughout the stadium. The NFL first tinkered with the technology in 2009, long before they turned to AWS. They were using a tag that was about the size and weight of a cellphone — an early, brick cell phone — the kind you couldn’t fit in your pocket and very impractical when you’re being chased by a 250-pound linebacker who runs a 4.5 forty.

AWS worked closely with Wilson Sporting Goods, which produces the official NFL football, to ensure the small RFID tag for the ball was unobtrusive and didn’t affect its trajectory. In total, there are about 250 devices in operation during the game.

Through machine learning built with Amazon SageMaker, AWS Next Gen Stats generate info in real-time even though there are a tremendous amount of variables to take in. Why machine learning? Because simple business logic-specific, rule-based systems can’t keep up. Machine learning can. Through Amazon QuickSight, AWS’ business intelligence tool, the NFL gains immediate insights that are shared in an understandable format with broadcasters and fans.

Here is a small sample of the many stats “brought to you by AWS Next Gen Stats.”

If you’re wondering how fast a running back or wide receiver ran on that record setting touchdown, Next Gen Stats will let you know. It calculates the fastest QB sacks, how far a defender ran to make a tackle, and more. In other words, it lets you get stats on the big plays.

Putting it all together

Take a pass play, for example. Each one is calculated in an array of ways and combines them before you can pick up another buffalo wing. Here is what’s calculated, along with other elements, on each pass — the completion probability, how far the ball has traveled, how much separation the receiver has between the nearest defender, how far they are from the sidelines, how many yards they gain, and are expected to gain, after a catch, how fast defenders closed in on the quarterback, and more. Much, much more.

If you want to know how AWS can change your game, contact the experts at long-time AWS partner NTT DATA here. We’d love to hear from you. 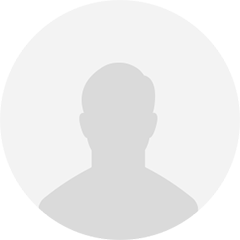 NTT DATA Tech Blog editors curate content from across our cloud experts to bring you the latest insights, best practices and strategies from hundreds of cloud implementations.