A Band-Aid Approach for Unemployment Systems is Not Working 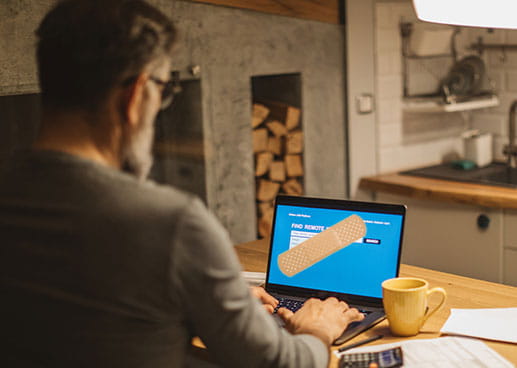 Astronomical unemployment claims have crippled states across the country, hampered the economic recovery, and left millions of Americans to fend for themselves. In 2020, over 70 million unemployed workers filed claims for unemployment insurance. Labor agencies are limping along with Band-Aid fixes when systems are hemorrhaging. More than one million Americans are still waiting for unemployment aid. Most delays are due to legacy infrastructure, the sheer number of claims, fraud checks, or applications flagged for extra scrutiny. The COVID-19 pandemic amplified the multiple cracks that have long been an issue in unemployment systems. It’s no longer enough to talk about a solution or apply a Band-Aid. How did state workforce agencies get here, and where do they go from here?

The basics of the U.S. unemployment program
The U.S. Unemployment Insurance (UI) program as we know it came into existence in 1935 when Franklin D. Roosevelt signed the Social Security Bill into law. The program was conceived to safeguard individuals against the distress caused by short-term interruptions to employment through no fault of their own.

Non-monetary eligibility: In short, this is a determination that an individual has lost his employment through no fault of his own.

Monetary eligibility: The unemployed individual must have qualifying wages. Historically this has been a determination based on the separating employer’s prior contributions or agreement to reimburse the state for benefits paid. This determination was greatly complicated by the current pandemic assistance support.

Certification: This is an attestation, generally weekly, that an individual is able to work, available to work, and looking for work. As with the monetary determination, this determination is complicated by new rules and guidance issued during the current COVID-19 crisis.

The chief reason the UI system is so complicated is that each of the determinations has several exceptions or subtleties, making automation or training adjudicators a challenge. Though some determinations are binary, many adjudications around an individual’s eligibility require complex fact-finding and legal analysis. (For example, if the cause for unemployment was that the claimant required too many sick days, the agency needs to know if there is a sick day policy, was the claimant made aware of their status and the policy, was the employee warned, etc.)

Cracks in the Unemployment Systems
Eligibility challenges are greatly exacerbated by the additional unemployment support offered under the CARES Act and its extensions. This is not a criticism of the Act itself; it provides a desperately needed level of support to a broad population of individuals thrust into crisis by the current pandemic. But that genuine need does not eliminate the complications and difficulties state workforce agencies have experienced in attempting to make that support available to citizens. The supplementary programs instituted to provide relief to individuals who have lost employment during the current pandemic, along with the dramatically increased scale of individuals claiming that assistance, has strained both the agency’s staff and the systems that support them beyond the breaking point.

Staffing challenges
Federal administrative grants largely fund staff for UI programs with workloads determining the among of funding. Before the pandemic, unemployment had been trending down for several years; thus, funding and the associated staff decreased steadily. COVID-19 hit when state workforce agencies had either reduced their UI workforces through staffing reductions or organic attrition by way of retirement. As a result, these agencies were ill-prepared to either administer the considerable influx of claims quickly or adequately train staff on new CARES rules and determination factors.

New rules add to complexity
When employers pay their unemployment insurance tax obligation, they submit a wage file containing a record of each covered worker’s pay information. Those wage records are a critical component of a UI system’s monetary determination. However, the CARES Act expanded UI coverage to include self-employed workers, a group previously not eligible for unemployment benefits. There is a definitive need to provide benefits to this group, but the supporting wage records for self-employed workers are not immediately available to the agencies that administer these claims. In the interest of making timely payments to claimants, state workforce agencies were forced to allow for self-attestation of wages, opening their systems up to rampant fraud, which is precisely what occurred. Fraud is a massive issue with unemployment claims — Arizona, California, Colorado, Maryland, New York, Ohio, Texas, and Washington combined are reporting billions of dollars in fraud. The extensions to the Act instituted at the end of 2020 added a requirement that employers report when individuals refuse suitable work. This rule is a reasonable and important data point in line with legislation, but it is also a determination for which no comprehensive or reliable data source is directly available. The intention behind this type of guidance is reasonable, but with antiquated technology and untrained staff, the speed and accuracy of the UI system is put immediately into jeopardy.

The current technical UI infrastructure and its flaws
For many decades, the UI process was mostly manual. Claimants would regularly visit local offices to certify their status, receive services, and collect their benefit payment. Initial modernization of these processes consisted of deploying mainframe systems to track and calculate wages and benefits. The first self-service, internet-enabled UI systems were web-enabled interfaces that collected and displayed data but were wholly dependent on those same database-of-record mainframe systems. They communicated in a nightly batch, many of which are still in use. During the last recession in 2007, through REED and ARRA funding, the federal government injected ~$15B for UI system support and modernization. Though some of these funds were used for administrative purposes, much of that money was put towards system improvements and “so-called” modernizations. However, many technical improvements amounted to manumation, or manual automation requiring human intervention, of existing processes without any fundamental improvements in efficiency or flexibility of UI service delivery. As a result, throughout 2020 — and now into 2021 — these improved or new systems pervasively failed to adapt to service the programs and population. And unfortunately, we see much of the same type of misdirection of technology improvement funds occurring now as state workforce agencies are forced to stand up disposable stop-gap systems to accommodate their UI programs as their core systems are not up to the task.

The future — can we learn from 2020’s failures?
This past year has shown us that the current UI systems are woefully inadequate to provide a stable foundation for the modern workforce. Outdated eligibility requirements exclude a large number of unemployed workers from receiving critical support. The lack of a comprehensive integration between unemployment and reemployment services creates a lost opportunity to provide UI benefits and provide training, education, and support that could lessen the need for UI benefits in the future. Perhaps the most concerning aspect of the current condition of UI systems is that individual state workforce agencies are stifling innovation by design. A common requirement of any vendor modernizing a state UI system is that they implement a solution that is already in service. This may seem logical due to the complexity of the system being deployed; however, the state workforce agency is essentially buying old technology built on an outdated business model. And the flaw of this methodology cannot be overstated. Many of these initial installations have roots that go back through several generations and prior deployments. In fact, a “new” system may have core technology that is more than a decade old. This is precisely why we have seen the pervasive UI system failures throughout 2020, where those “new” systems did not have the scalability or flexibility to address the needs of the state agency. It seems that not only are those who do not remember the mistakes of the past doomed to repeat them, but they may also be contractually required to do so.

To learn more about modernizing unemployment insurance systems to meet not only today's unique requirements but also have the agility to change with the demands of the future, take a moment and listen to my recent interview with GovTech.

Listen to the interview 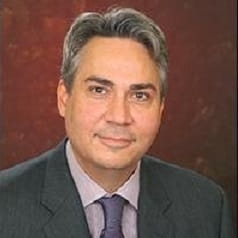 Tom Luparello is a Senior Director and Public Sector Strategic Advisor, Unemployment Insurance, at NTT DATA. He has more than 25 years of executive business management and relevant industry experience. Prior to joining NTT DATA, Mr. Luparello served as CIO, and subsequently Executive Director, at the District of Columbia Department of Employment Services. At NTT DATA he supports NTT DATA’s initiatives with state workforce agencies. Thomas has also served in a variety of technology-focused positions including president and CEO of a leading provider of software solutions to Unemployment Insurance agencies.