Reaching the Tipping Point of the Opioid Crisis 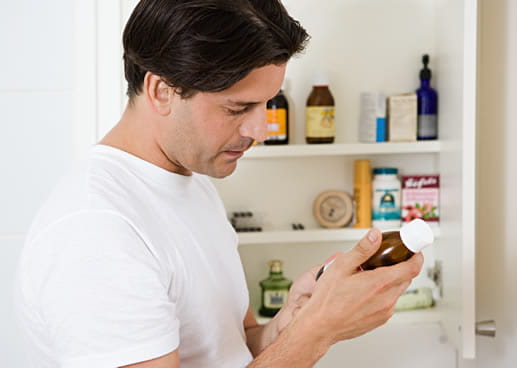 The U.S. Department of Health and Human Services reports an estimated 40% of opioid overdose deaths involved a prescription. There is no denying the United States is in the midst of an opioid crisis that has slowly spread over the past three decades, and we are at a tipping point for change. In this two-part blog series, we’ll discuss a newly passed law for electronic prescribing for controlled substances (EPCS), how healthcare professionals can prepare and recommendations for EPCS compliance.

What is the problem?

Providers were initially assured that opioids were not addictive by articles in professional journals and pharmaceutical company literature, and the culture of prescribing opioids began. At the same time, government regulatory agencies set guidelines and standards for pain management. Until late 2017, the Centers for Medicare and Medicaid Services (CMS) rewarded providers by increasing reimbursement, through the Hospital Value-Based Purchasing Program, based on positive patient survey questions asking how well the provider managed the patient’s pain.

Opioid addiction has become a chronic disease with long-lasting health and social impacts. The abuse of opioids includes both prescriptions and illegally obtained drugs. According to the Foundation for a Drug-Free World, more than 15 million people in the U.S. abuse prescription drugs on regular basis, and National Institute of Drug Abuse (NIDA) reports opioid overdose is responsible for more than 130 deaths per day in the U.S. In addition, the economic burden of the opioid epidemic is nearly $80 billion a year, which encompasses the cost of healthcare, emergency treatment, addiction treatment and loss of work, according to the National Center for Biotechnology Information (NCBI).

Today, opioid use and misuse and the resulting addiction crisis are debated passionately in the U.S. Capital, individual states and the media, and we have reached the tipping point. Without question, this epidemic must be addressed.

In 2010, the U.S. Drug Enforcement Agency (DEA) passed EPCS regulations offering providers, pharmacies and hospitals an option to use electronic means to prescribe and dispense controlled substances. Very few hospitals and providers embraced this option, and as the opioid crisis escalated, lawmakers at the federal level deployed a different strategy.

As a result, the federal government assigned deadlines for EPCS use by individual states. The first deadline was January 1, 2019, but state lawmakers were not ready, having faced difficulties passing EPCS laws. Today, many states are currently enacting legislation to comply with the EPCS requirement.

How did we get here?

During the late 1990s, pharmaceutical companies aggressively marketed prescription opioids and assured healthcare professionals that patients would not become dependent on the pain-relieving drugs, which led providers to start prescribing opioids at greater rates. The outcome of this liberal prescribing of opioids subsequently led to widespread misuse of narcotics, which led to a corresponding increase in addiction and overdoses. Most notably, in 2013 synthetic opioids became widespread — particularly the illicitly manufactured fentanyl.

Research by NIDA shows that 21% to 29% of patients who are prescribed opioids misuse the prescription, and per Cicero, between 8% to 12% develop opioid or substance use disorder (SUD). Shockingly, according to NCBI, 4% to 6% of patients who misuse prescription opioids also start using heroin. Today, the Center for Disease Control states that two of every three drug overdose deaths involve opioids and that drug-related deaths have increased almost six times since 1999.

The opioid crisis has also touched the Medicare program. According to the Department of Health & Human Services OIG Brief, in 2016, one out of three Medicare Part D beneficiaries were prescribed at least one opioid prescription, costing $4.1 billion.

What is the government doing about the opioid crisis?

The SUPPORT Act addresses common over-prescribing and abuse of painkillers in the U.S. Overall, the law enforces stronger surveillance and supervision of opioid-related activities, especially limiting opioid prescriptions written by providers. The legislation offers tighter oversight of opioid production and distribution, imposes additional reporting and safeguards to address fraud, and limits coverage of prescription opioids — while expanding coverage of (and access to) opioid addiction treatment services. Requirements of this law go into effect on January 1, 2021.

The DEA, under the Controlled Substance Act (CSA) passed in 1970, is responsible for regulating controlled drugs that fall under schedule II–V classes. The CSA established federal U.S. drug policy governing manufacture, importation, possession, use and distribution. The Department of Justice and the DEA work together in partnership under the CSA.

To control the opioid epidemic, federal laws and regulatory organizations operate in partnership with state laws and regulations to require the use of EPCS to write electronic prescriptions for schedule II–V drugs. Boards of Pharmacy differ from state to state, as do the guidelines for controlled substances.

What is required of providers?

The DEA lists several EPCS requirements for providers on its website. Healthcare systems are responsible for thoroughly understanding the DEA regulations to avoid risk to their providers.

Most notably, all providers must validate their identity when prescribing controlled drugs using government-issued identification, biometrics or biographic information — regardless of whether they have been credentialed previously. Also, the DEA allows two methods for identity-proofing to sign controlled substance prescriptions electronically:

And while state lawmakers face difficulties in reaching consensus on passing state laws to control the opioid crisis, healthcare systems face increasingly steep financial barriers to optimizing IT systems at an enterprise level for seamless EPCS interoperability. This leaves providers struggling to keep up with the latest processes and serve their patients — without knowing when or if laws will soon pass that may significantly impact current processes.

Non-compliance with EPCS guidelines can cause healthcare organizations to suffer significant federal, state and DEA disciplinary actions. And yet implementing a process that complies with EPCS often requires funding, time and testing when many organizations don’t have the resources to spare.

The healthcare industry is under immense pressure to address the opioid crisis, but lack of enterprise infrastructure is a significant challenge to disband existing silos for interoperability. Provider frustration increases by encountering WiFi dead spots and slow zones in some areas of the hospitals due to lack of connectivity, causing disruptions in their workflows.

The American Medical Association recently approved opioid-related policies at its annual meeting, but providers are echoing these sentiments by asking for better interoperability and connectivity for existing technology when using EPCS within the confines of brick-and-mortar structures.

One possible solution in a sea of uncertainty: healthcare systems working with third-party vendors to implement technology that interfaces with an organization’s existing IT infrastructure. NTT DATA offers comprehensive implementation services to optimize infrastructure and support EPCS. Through our experience, we can help create a process for successful DEA and federal audits that saves providers time and brings legacy applications up to par with current solutions (application programming interfaces, SMART on FHIR) to support EPCS interoperability and save money.

Look for our next blog post for information on how the healthcare industry can prepare to comply with EPCS to help tackle the opioid crisis. In the meantime, if you have any questions, please contact an NTT DATA expert.