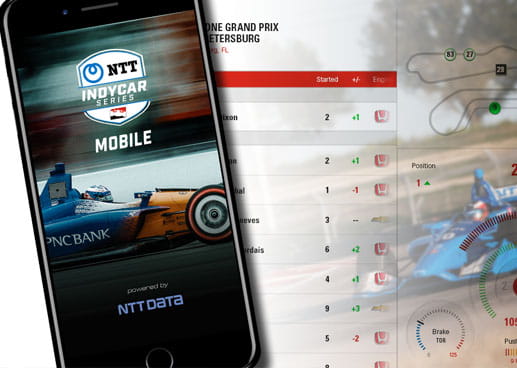 Sunday, September 22 will mark the final race of the 2019 NTT IndyCar® Series season, concluding the first year of NTT’s partnership with the league as its title sponsor. Together, INDYCAR and NTT have worked to create digital innovations that enhance the fan experience, including the evolution of INDYCAR’S mobile application – powered by NTT DATA.

The NTT IndyCar Series app is the best way to access and engage year-round with the series globally. During races the app provides not only a live leaderboard with personalization features and real-time telemetry, but also enhanced in-car video and audio, championship standings as they run, and more. As a result, the app has seen fan engagement increase year-over-year in the following ways:

NTT DATA has had a long-standing relationship with INDYCAR as the official IT services partner to Chip Ganassi Racing. This year we were excited to welcome Felix Rosenqvist to the team as the driver of the No. 10 NTT DATA Honda. We’re rooting for him to be named Rookie of the Year after the final race this weekend. NTT DATA also continues to be an associate sponsor on the No. 9 entry, driven by Scott Dixon, as it has since 2017. 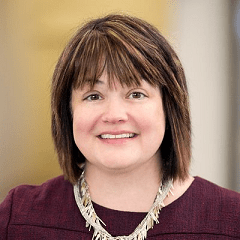 Margo Cooke is vice president of brand services, event marketing and sponsorships for NTT DATA Services. She has more than 20 years of experience in Business and IT Services marketing and communications with a focus on designing and executing memorable programs to engage clients and develop brand loyalty.