Down to the Wire: Saving Doctors in an IT Emergency 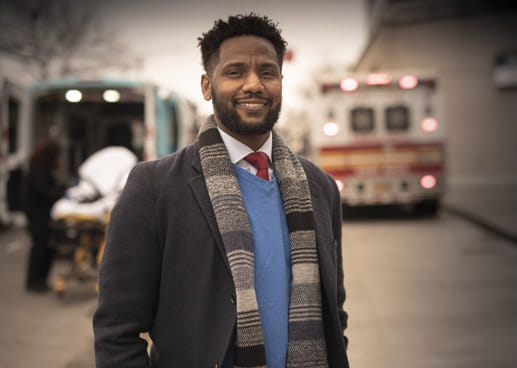 In the client services business, everyone has had a few critical rush deadlines, such as eleventh-hour heroics to complete a project. or the stress of going down-to-the-wire to get it done. NTT DATA Services Field Tech Manager Ohma Eddie is no stranger to operating under aggressive deadlines given the dynamic nature of the healthcare business today. We spoke to him from his home base of New York City, and right away we could tell there was something special about him —something singular and one-of-a-kind.

Q: Good morning, Ohma. Thank you for your time today.

A: It’s my pleasure. And I just want to throw this out there: I'm the only Ohma Eddie you will ever meet in your life. I have looked around and searched for the name, and I haven't found anybody with the same name!

Q: Only one Ohma, got it! OK, tell us about the time recently when a support challenge came down-to-the-wire, and a staff of doctors was hanging in the balance.

A: Every year, the American College of Physicians Internal Medicine group has a training examination. The examination is designed to give the residents an opportunity for self-assessment, to provide the program directors a chance to evaluate their programs, and to identify areas in which the residents need extra assistance. It's usually about eight to nine hours long. They give the exam every year around the same time, between late August or early September.

There were over 90 residents at the hospital whom we supported with technology services that needed to take the exam. I received a panicked call from the testing coordinator about a week before the exam, saying that in the three classrooms where testing would take place, some of the 41 PCs involved were not functioning due to the staff’s configuration of the PCs.

Understanding the urgency of the situation, I immediately knew what was at stake: You’re talking about 90-plus medical residents needing this exam to keep their medical residency on track. Otherwise, they’d have to pause their education and take the test a year later. So, I quickly gathered the team together, and we attacked the problem as we knew it was a race against time.

Q: There were many people counting on you. It’s safe to say the health of thousands of people was at stake.

A: Along with the PCs not working, we saw that peripherals were missing. We had to search around the hospital and try to get some extra peripherals, like mice and keyboards, and so forth. A few of the devices also had to be re-imaged. There was a spare classroom in the main campus that wasn't used, so we used that as a backup in case any device was going to fail. We had to go in there and secure devices from the extra classroom to replenish the ones that weren't working in the appointed examination room. We had to do a lot behind the scenes to get the classrooms prepared. When we finally did an initial walkthrough, we found out that applications weren't running properly, and the exams were four days away!

We stayed calm and kept working the problem. My team and I found, that out of 41 devices that they needed, 20 of them did not meet the requirements. I called the vendor, and we tried a couple of ideas which didn't work. Eventually, I found out that it was IE 7 (Internet Explorer 7) that needed to be changed. However, when we switched to IE 7, we lost those 20 devices! Thankfully, we were able to work as a team to get all devices running on full capacity.

That was just one step. The second step was to ensure we were available for support, even outside working hours and the weekend. I told my managers we needed someone to be there doing the first part of the test, at least during the first hour to make sure that everything functioned appropriately. We had to consider this alternative because anything can happen overnight.

I had a team member immediately raise his hand to work that critical weekend. That meant he came in those two (weekend) days, from the time the test started at about eight in the morning, until about five o'clock in the afternoon. He knew the stakes were high for these doctors, so he was with them from the beginning to the end of testing.

A: Over the course of three days, 93 residents took the exam, so that was the biggest thing.

Q: How do you mentor and encourage your team to not fear ambiguity and the unpredictable?

I tell myself and team that every day isn’t going to be the same. Every day is not going to be like the “Groundhog Day” movie. You’re always going to face new challenges, and you can’t be sure about what to expect! Don’t look at the unexpected as problems — rather as obstacles you must climb over or run through. I mentor my team, and I also mentor high school students. Some of these are students will be first-generation college students, like I was. I want them to be tenacious and succeed.

Get to know NTT DATA 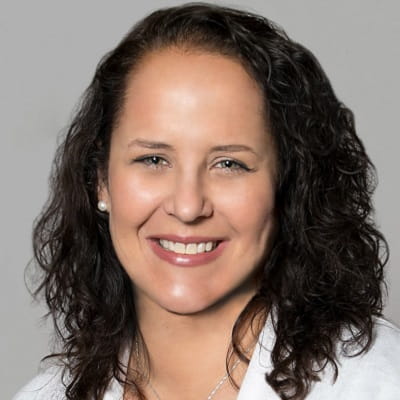 Kristi Adams leads the marketing for NTT DATA Services Healthcare division. Kristi has worked for more than 30 years supporting Healthcare, Insurance, Financial Services and Public sector marketing, media and analyst relations, training and business development for some of the largest IT services and technology companies in the world.