Is There Trouble Ahead for Some Health Systems? 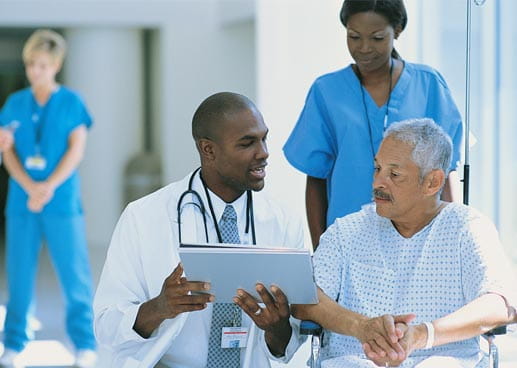 It’s no secret that many patients who love their doctors also hate the process of getting in to see their doctors. I have a colleague who says she came very close to ditching a 15-year-long relationship with a neurologist because she dreaded the process of getting an appointment. According to her, “It was an endless game of telephone tag, and it drove me crazy!” Fortunately, patient complaints led to more staff answering the phones, reducing the times on hold and the number of callbacks needed to schedule a visit. “But it still isn’t good. If I had to see the doctor more than twice a year, I’d probably look for someone with a better scheduling process,” she said.

She is not alone in feeling the pain of trying to schedule visits with physicians or with hospitals and other healthcare providers. It’s been a long-standing complaint of patients for decades. The good news is that the process is getting easier with the advent of online scheduling. The bad news is that adoption of an easy, online process is uneven. That means that some patients have a great experience while others still chafe at the painful process. It also means that physicians and health systems who don’t adopt better scheduling processes are at risk for losing patients to those who do.

NTT DATA recently conducted a study of the friction in the scheduling process for physician appointments at 25 major health systems. We used the NTT DATA Customer Friction FactorSM (CFFSM) methodology to assess the process of scheduling appointments and canceling appointments for new patients. These two transactions are at the beginning of every patient relationship and can influence the patient’s satisfaction with the entire experience. A good experience in this realm is a great way to establish trust and respect, two key factors in patient satisfaction and patient outcomes.

What our study found was a wide disparity between the best and worst experiences. The health systems that were Leaders in the study had about 1/3 as much friction in their processes as the Laggards.

The value of CFF methodology lies in its ability to allow healthcare providers to see their processes from the patient’s point of view. Essentially, the reviewers go through the process as if they were patients, seeing the friction, or lack of friction, just as a patient sees it. This can tell you a lot more about the patient experience than a survey, and it does it in real time, not weeks or months later. It can help providers quickly identify and change processes that are dragging down patient satisfaction.

Ultimately, those healthcare systems that provide a lower-friction experience for their patients will be more competitive. A recent NTT DATA study found that half of the consumers in the survey said they would switch providers for a better experience, one more like what they find when interacting with the retail, banking and travel industries. The study also found that 41.5% of patients want the ability to book an appointment online, and the percentage is expected to grow as younger, tech-savvy patients age and increase their use of health services.

This change in expectations and a growing awareness that some physicians offer a better experience will lead to increasing numbers of patients switching physicians because they are dissatisfied with the status quo.

To learn more about this study, download the free white paper: Is the Friction in Your Processes Sending Your Patients to Other Providers?